Seen in every city from New York to London, Kate Spade is a luxury brand made for every woman, offering optimistic feminity. Designing practical handbags with plenty of colour, print and personality, they have become the cornerstone of every style-conscious working wardrobe. 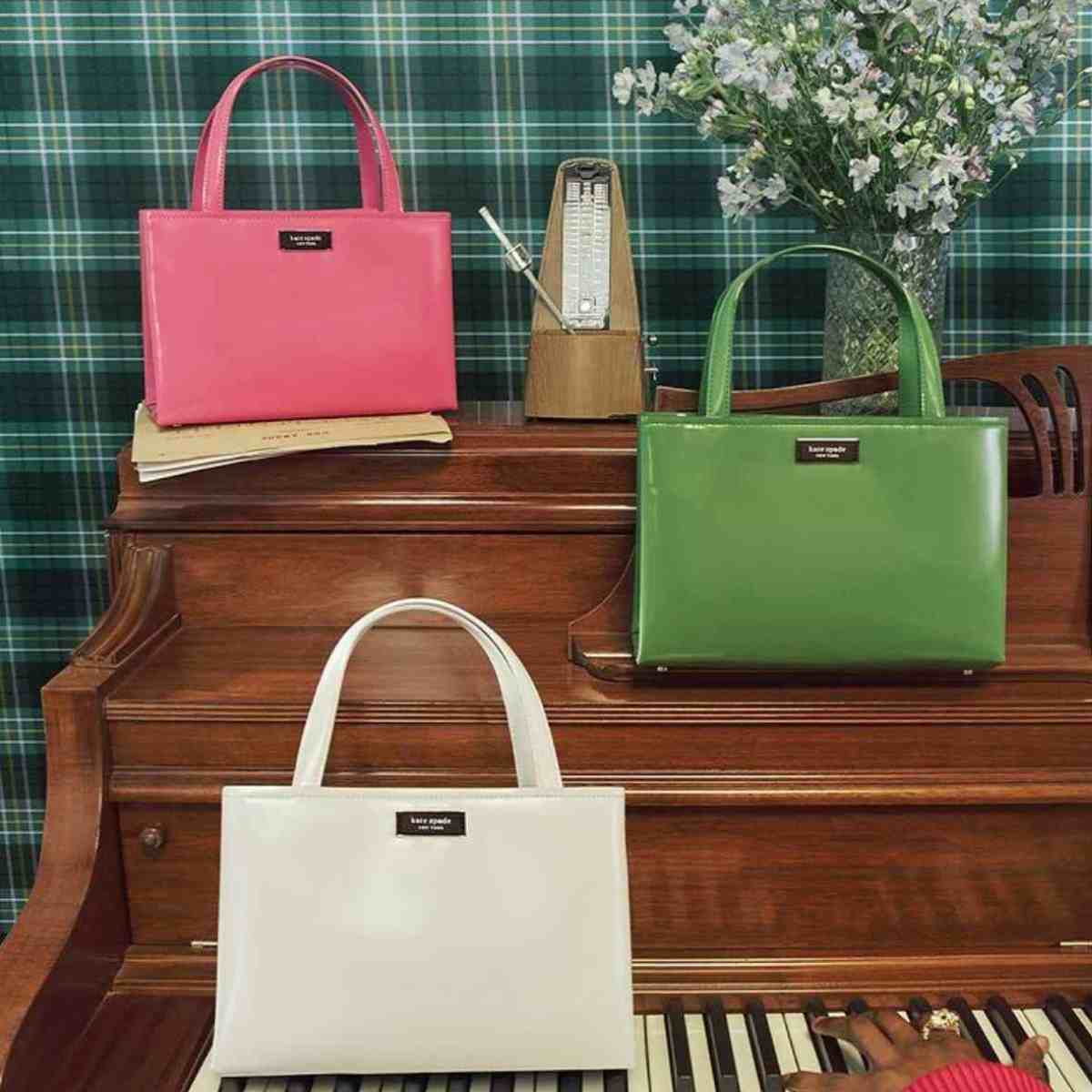 Looking closely at Kate Spade, here’s the brand story and the iconic handbags you need to bring some sunshine to your wardrobe this season…

In 1993, former accessories editor at Mademoiselle, Kate Brosnahan Spade set out to design the perfect handbag. With a debut collection featuring just six silhouettes, Kate combined sleek, utilitarian shapes and a colour dominant palette in a way that was the first of its kind. From here, along with her husband she launched Kate Spade New York with six designs. It wasn’t long after sold in Barneys, skyrocketing the brand to success.

Fashion Editors and their readers alike fell for the fresh new design perspective, with a newfound sensibility the brand quickly became a leader in accessorising the modern woman and launched its first store a few years later in 1996 in New York City. It’s trademark wit and graphic approach caused excitement amongst women, becoming a brand recognisable the world over.

The Modern Take on Kate Spade

Fast track to the noughties and Kate Spade quickly became the global phenomenon it is today, adopting a new President and Chief Creative Officer. The brand’s values stayed the same, and with a new CEO at the helm the pair expanded the offering at Kate Spade New York to include everything from jewellery to clothing, whilst maintaining and honouring the aims of the original designer and the iconic brand history.

Now the brand is known for its distinctive, modern, sleek look, pops of colour and utilitarian shapes. Including everything from its original handbags to jewellery, bedding and stationery. A designer label perfect for gifts as well as making additions to your own wardrobe.

Now onto the essentials, an iconic style which is often imitated but never topped the Kate Spade tote bag. Yes, we are, tote-ally obsessed but they are the bag that you can wear on rotation all summer, whether you are enjoying the shopping day to hybrid working. Perfect for giving you the flexibility to fit everything you need in without looking frumpy.

We are opting for a shoulder bag this season, with the ultra-feminine nostalgia-inspired shapes, these Kate Spade bags are perfect for party season. They offer mini styles and larger styles depending on what you are looking for. The great thing about the shoulder bag is that they are a practical dressed-up bag, unlike a clutch which can sometimes be abundant as it’s left on the side of a bar or table.

These are super popular bags, and versatile for your everyday life. Often they have feminine prints or quirky styles which everyone loves as it adds some fun to their wardrobe. Pick a style to suit your personality in our latest collection at MyBag.

With a timeless bag to suit all styles, no wonder Coach is one of the most beloved accessory brands. Here's everything you need to know about Coach bags.

6 of the Best Little Black Bags

Our Guide to the Best Backpacks

Our Guide to the Clutch Bag: A Trend Update