Paul Smith is a fan, as is Marc Jacobs, Raf Simons and more recently Louis Vuitton and Gucci. Streetwear icons are popping up sporting the hue from head to toe or teasing us with bright glimpses of the rosy tint. So MyBag asks: Can men wear pink? 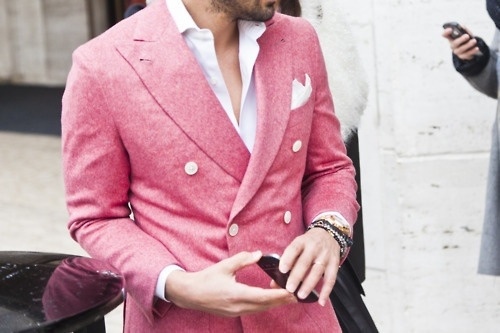 For AW16, androgyny was the latest fashion buzz word – more popularly noted as ‘borrowing from the boys’, the season saw women turn to oversized shirts, sharp suiting and (dare we say it) sensible footwear. But the androgynous trend could also be seen in the menswear collections, first with J.W Anderson’s floral motifs and then with McQueen’s chequered kilts.

The fire spread and iconic names such as Louis Vuitton and Gucci brought to the table their take on the trend. Nicolas Ghesquiere favoured blushed Cuban collared shirts whereas the ever-eccentric Alessandro Michele opted for baby pink bow ties and rosy motifs in his SS17 collection. And, as with most runway looks the trend soon found its way off the catwalk and into our wardrobes. 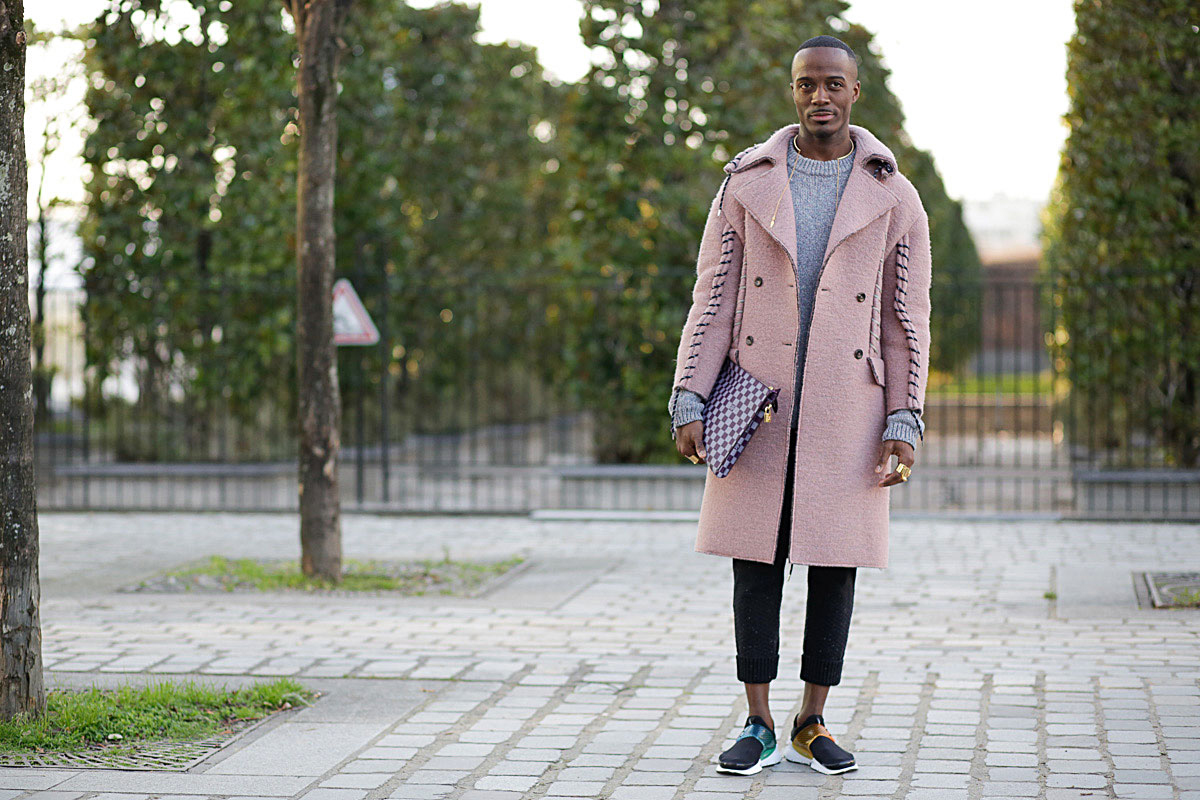 A colour known to increase the heart rate and blood pressure of those who view it, often referred to as the ‘colour of love’, and widely used at the unofficial hue of Valentines’ Day, it seems appropriate that this month’s MyBag Man Guide centres around pink, in all its glorious shades.

For SS17, pastels and pinks should take over a large part of any man’s wardrobe. Fresh, crisp, and oh-so-versatile; adding hints of this season’s favourite shade is a sure way to update the greys and navys that have taken over your wardrobe.

The key is to not break too far out of your usual comfort zone; for those men who stick to streetwear, add the shade into your everyday look either with a casual backpack or a pastel sneaker. Likewise, those reaching for a three piece suit on a regular basis should opt for a rose gold tinted watch or sunglasses to add a new dimension to their tailored look.

Use the hashtag #IWearMyBag to show us your rosy look.

This Week’s Most Wanted

An Interview with Belinda Yu of Wicker Wings

This Month In Fashion | June

Are social filters bad for us? Let’s discuss…

This Month in Fashion | July

Layering Jewellery Guide | Where to Start?